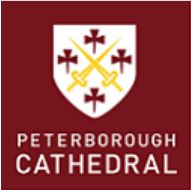 The ground level route around the Cathedral explores the key features the building's history and architecture.

The tour costs £5 per person and lasts approximately 1 hour.

What do you see on the highlights tour?

The Cathedral always provides something new to spot on every visit, but items to look out for include:

Outside, before or after your tour, you can enjoy a wander around the Precincts to see where some of the other buildings of the medieval monastery were located.

Peterborough Abbey, which became a Cathedral in 1541, has been at the centre of national and international events for over 900 years. It has been an influential medieval monastery and a royal burial place, survived major damage during the Civil War and enjoyed a period of restoration and rediscovery of its Anglo-Saxon origins in the 19th century. A Highlights Tour will introduce you to these stories and more as you explore the building with a knowledgeable guide.

Get directions to PE1 1XS

When is it on
1 - 13 November 2022
Session Information
Multiple sessions and dates available. Visit website for more information.