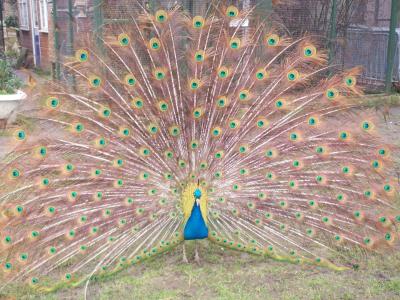 "Someone came to us one day with an injured bird - and it all snowballed from there, with more and more creatures being brought to us! By 1984, we became a registered charity and many years later on we needed to move to our current 4 acre premises." - Pam, Founder

A full-time housewife prior to this, Pam also held down many part-time jobs before the refuge demanded every waking hour of her life. Now assisted by her son Darren and a small team of regular volunteers, they now care for over 300 creatures who will live out the rest of their lives at the Refuge - everything from monkeys and snakes to a lynx!

"Caring for this genre of animal is so demanding it requires total dedication from us all. This means that come rain or shine, sickness or tragedy, fear or love, we concentrate on our many residents first. Holidays are a distant memory and we have to take it in turns to go out for the day, but we wouldn't change it for the world - the Refuge is our way of life."- Darren, Director

Costing over £65,000 a year to run, the Refuge is extremely grateful to all forms of help offered - be it donations, food, delayed payments or work as a volunteer. Around £20,000 of this money is raised from the six open days every year, where the public are invited to visit the animals at the Refuge in order to raise funds to care for them.

"This is a 24/7 job - you don't get time for holidays or any other time off, for instance when an animal is sick it comes into my home for special care. The Refuge is my entire life." - Pam Mansfield, Founder

It's not only the animals who benefit from the Exotic Pet Refuge, however, as many students and people with special learning needs also turn to Pam for work experience. The EPR has also caught the attention of animal enthusiasts Mr Steve Backshall,  a presenter of Deadly 60, who in 2006 agreed to be the Refuge's patron and Mr Warwick Davis, an accomplished actor, who became Refuge's Patron in 2013.

Get directions to PE6 8RH